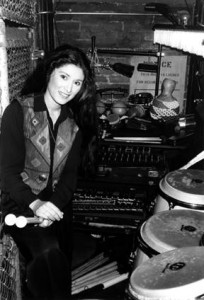 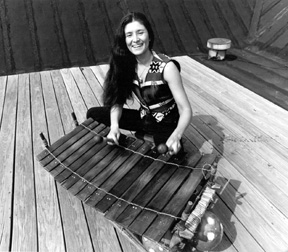 On six continents she endorses Avedis Zildjian (Cymbals) Pearl/Adams (Latin and Concert Percussion) and Vic Firth products as a soloist and clinician. 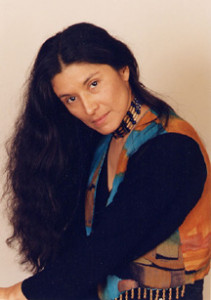 Recent film score recordings include “Final Fantasy – The Dream Within” and “Frida”. Her work and music have been written about in “Modern Drummer”, “Drum!”, “Rhythm”, “Percussive Notes”, and “World Percussion Rhythm”. She was named “World Music Percussionist of the Year” 2005 and 2008, as winner of DRUM! Magazine Reader’s Poll in that category. She has recorded several CDs of traditional gyil music with Kakraba Lobi and Barry Olsen, and the CD Zie Mwea with Mr. Olsen and Bernard Woma. Her solo Native American CD “Orenda” is on the Ellipsis Arts Label, and her series of sixteen written transcriptions and CDs, “West African Music for the Marimba Soloist” , “Traditional World Music for Western Percussion Ensemble” and “Lewaa’s Dream (Ancient and Contemporary Music for West African Marimba)” are published by Mandara Music.

Valerie has apprenticed with some of America’s and West Africa’s strictest master percussionists, including Leigh Howard Stevens, Gordon Stout, Dave Samuels, Godwin Agbelli, and Adama Drame, and continues to spend summers in Ghana to further her perucussion study with maestros Yotere Baere and Kofi Misiso. She has also researched and studied in Botswana, Burkina Faso, Egypt, Morrocco, Zambia, Zimbabwe, and South Africa, where, in 1994 with Thuli Dumakude, she opened Johannesburg’s Civic Theatre to its first post-apartheid audiences in the production BUYA AFRICA. 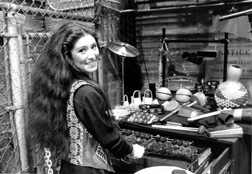 Welcome to MandaraMusic.com, the website of Percussionist Valerie Naranjo and multi-instrumentalist Barry Olsen, and their group Mandara, and Mandara Music Publishing.

“If you've ever had the split-second opportunity to spy Naranjo in action when SNL cuts to a commercial break, you've witnesses a blur of energy behind a fortress of percussion.” —Andy Doershuk, DRUM! Magazine, May 2005 To contact us, please email valerie@mandaramusic.com